Home | News & Events | Senior News | We are the champions!

We are the champions! 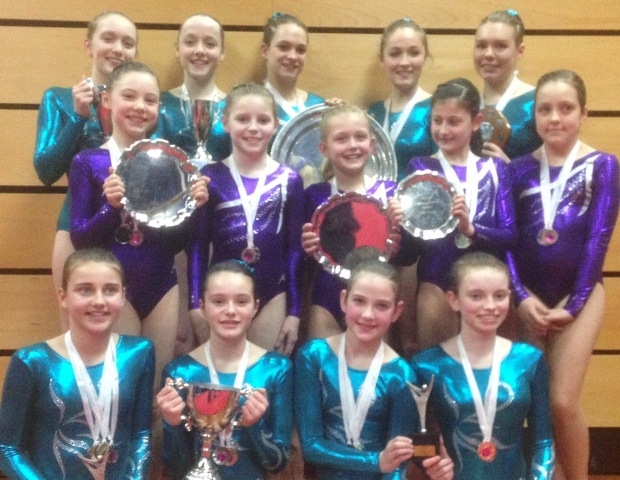 Tormead’s Under 15 and Senior Gymnastics Teams won the GISGA (Girls’ Independent Schools Gymnastics) National title, taking the championship by beating their nearest rival by over four marks. The competition was stiff, with over sixty-five teams and over three hundred and thirty gymnasts taking part on 1st March at the GISGA 2014 competition held at Kent College.

Stunning skill and performance was displayed by all Tormead teams, with the Under 13 finishing as runners-up, the Under 11 finishing in Fourth Place and the Under 10 finishing in Fifth Place. The Senior Team, consisting of Iona, Emily, Natalia, Elouise and Iona, won every part of the competition, including the group floor and the four piece, with Iona winning the individual trophy. The U15 team, consisting of Helena, Kitty, Sophie and Eleanor, were so keen to win that they have been in the gym every lunchtime since September and like all the gym teams, sacrificed their half term to come in and train, as well.

Coach Miss Graham said, “it was without a doubt, the best team performance I have ever witnessed in any competition.” Well done to all our super gymnasts!

Even More Gold for Tormead Gymnasts…

Tormead Under 16 gymnasts Iona, Elouise, Natalie and Phoebe, along with Tonbridge Grammar, represented the South East of England at the British Milano Championships on the 8th and 9th March. It was a great achievement just to compete in this championships, but Tormead took it one step further and won the competition, bringing home the Gold Medals. An outstanding result!