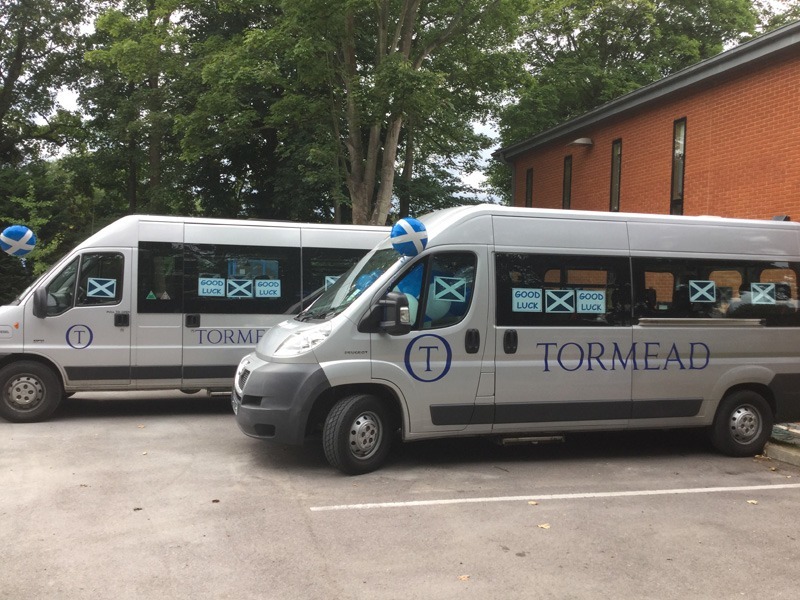 Nikki Lloyd – our new Head of Hockey,  is off to EuroHockey 2015 as part of the Scottish team. Our minibuses were decorated and ready to take the team up to the Queen Elizabeth Olympic Park.

The European Hockey Championships get under way on Friday, with the best eight men’s and women’s sides on the continent competing.

Nikki’s first game is against England on Saturday at 6.15pm – we wish the team the very best of luck. Follow their progress on our twitter feed : @Tormead_Sport or @SCOhockeywomen