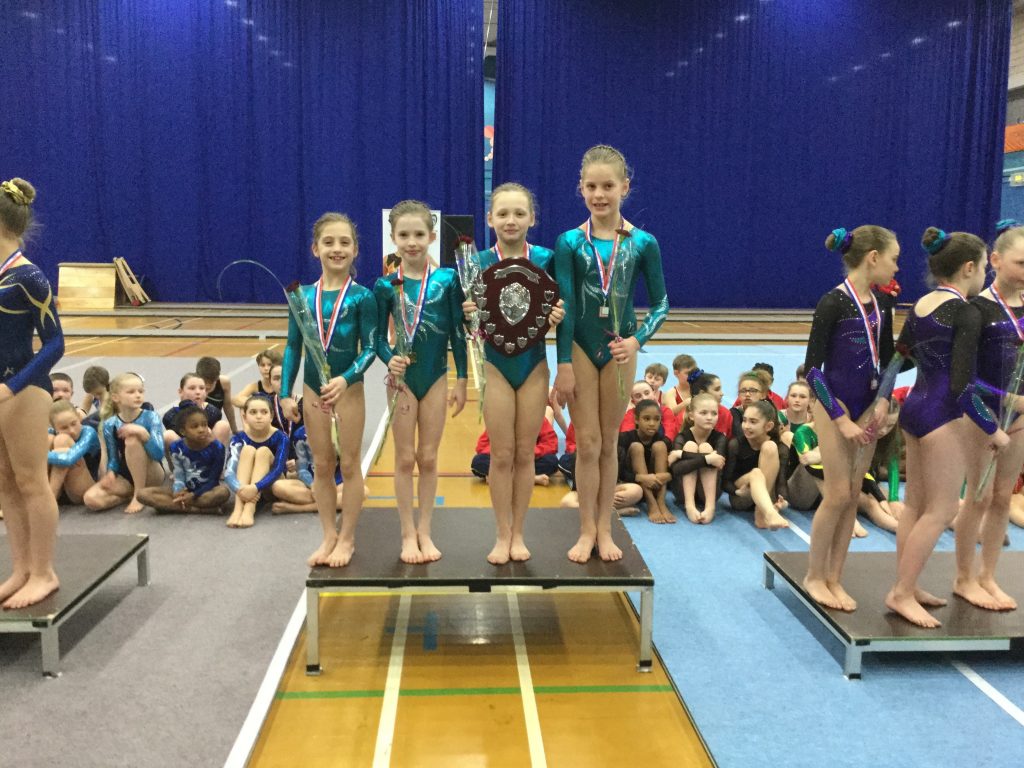 The U11s  & U16s  returned from Stoke as National British Schools Champions. The first time a school has won both titles.

The best 20 schools from Northern Ireland, Scotland, Wales and England had all qualified for the British Schools’ final in earlier regional rounds.

The girls were exceptional on all pieces and won by a clear margin of 3 points over their nearest rival.

This result was even more incredible when you consider that only six days earlier the U11’s and Seniors  won the ISGA championships and had to re-work all their routines to comply with different competition codes and rules.