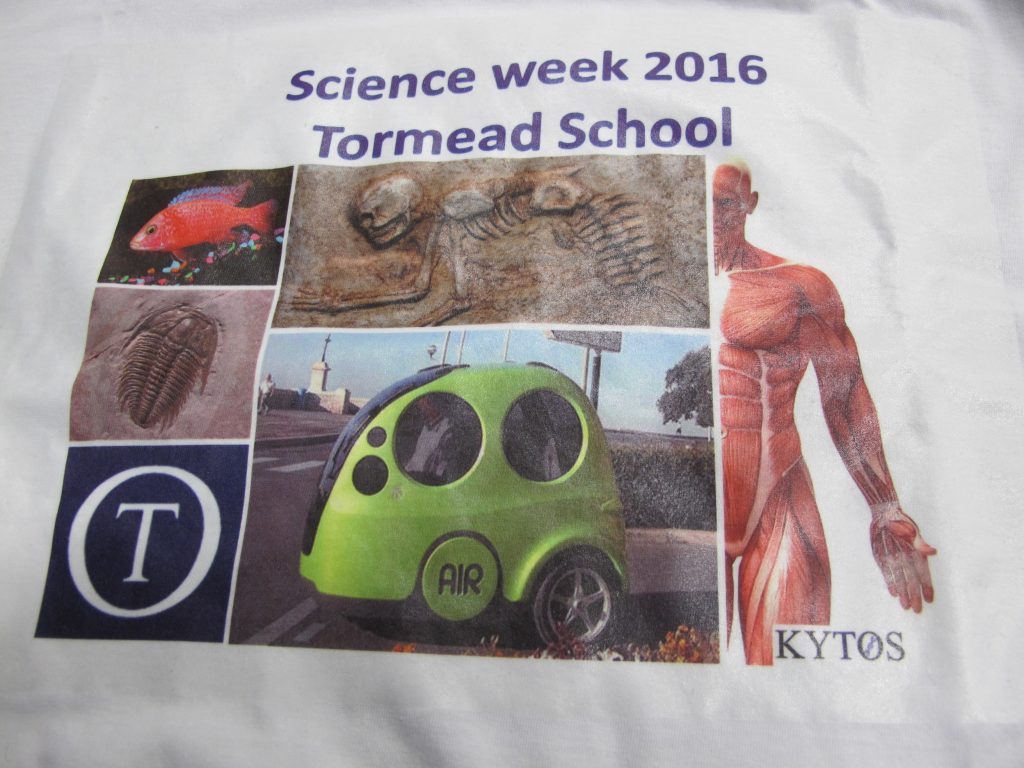 During the last full week of term, we celebrated National Science Week. The whole school gathered to see the final of the House Science quiz, in which Nightingale emerged triumphant.

Year 7 had special Physics lessons in which they continued their work on the Shell “Bright Ideas” challenge to think about what cities will be like in 2015.

Year 8 Physics lessons were given over to building and testing propeller driven racing cars – with pneumatic motors. Careful and assembly and an appreciation of the limiting effects of friction was necessary for a successful  car.

Biology ran a “Big Experiment” on colour perception and reflexes.

Chemistry ran lesson on how fossils are formed, and the unique periodic table made of tiles which was begun in last year’s Science Week has reached completion.

The current Year 9 painted the tiles together with some members of staff. Mrs Kinchin managed the resources and organised the arrangement of the tiles. Mr Woods and the Premises team did a superb job of mounting the tiles on the wall. This was  a true team effort  from the Tormead Community and a resource for years to come!

Special Beacon events included an introduction to electronic logic for Years 7-9 and the opportunity to see the dissection of a sheep’s head.