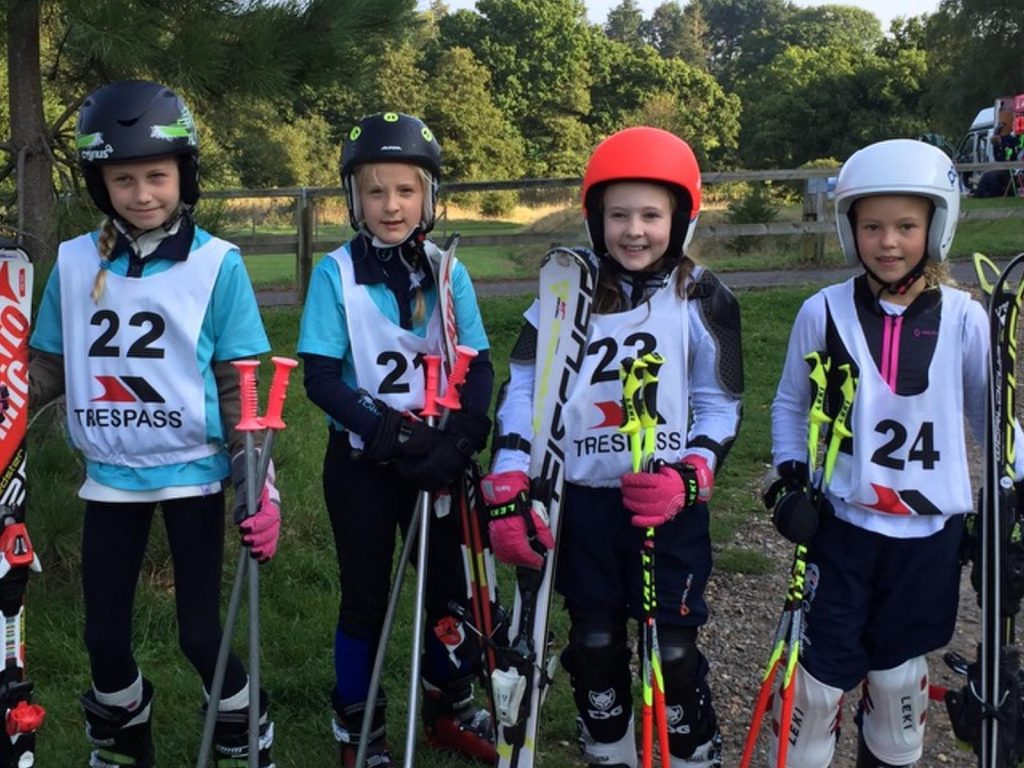 Annabelle, Lottie, Katie and Emily represented the school at the regional heats of the English Schools Ski Association (ESSKIA).

An early start beckoned as the girls had to be in Southampton by 8 o’clock to deal with the formalities of ski racing. With over 200 children competing this year it was never going to be an easy route through to the National Finals.

All four girls had trained hard at Sandown Dry slope in Esher prior to the event and it seems their training was a good investment. After inspecting the course with their ski coach (one of the top ski racers at Reeds School in Cobham) the girls made their way to the start gate.

Three of the four girls had NEVER raced before so tensions were high. All four girls completed their first runs putting them into 3rd place in the Under 12 girls leaving the second run to see if they could improve on their times.

After the course was reset for the second run the girls were eager to show what they had, and all four of them improved on their times with Emily completing the course in a very respectable 17.21s, Katie a similarly respectable 17.61s, Lottie a superb 14.41s  and Annabelle setting the fastest under 12 girls time of the day with an 11.45s.

The times were strong enough for the girls to qualify for the National Finals in Norwich next month.