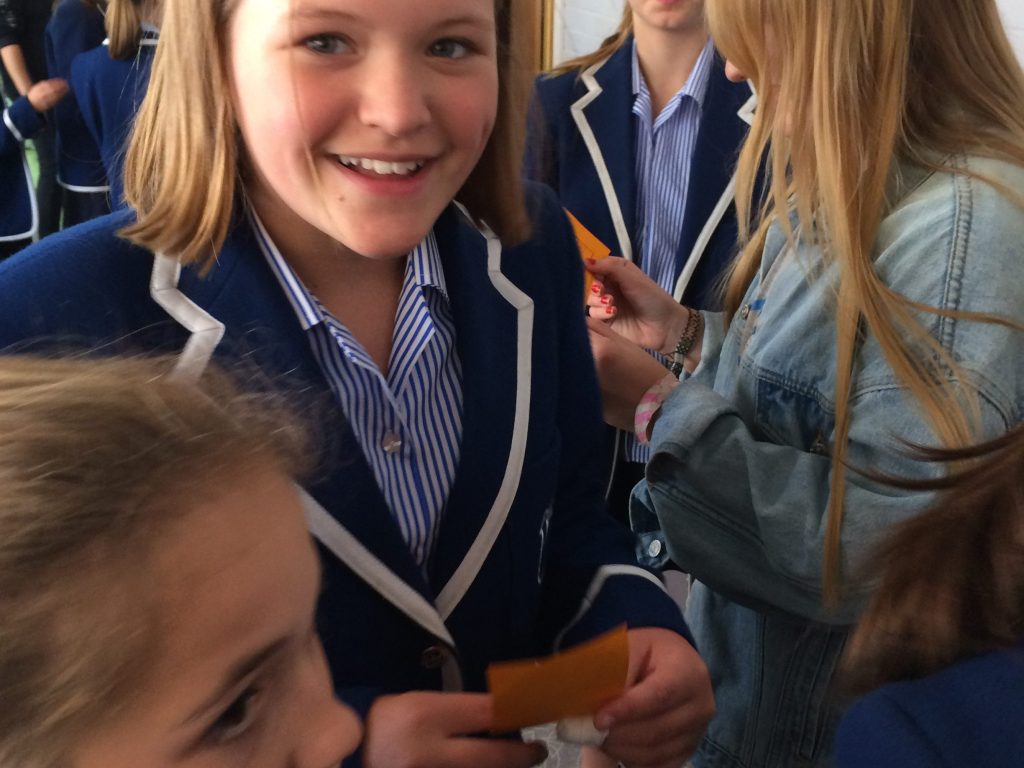 As part of our pastoral programme, Miss Tania King, Deputy Head Pastoral and Mrs Louise Whitaker, Head of Year 7,  invited the Year 7 to play bingo earlier this week. The rules of the game were simple: find a member of the Sixth Form, identify who they were and the secret number they had each been given. The winner was the Year 7 girl who managed to complete her bingo card in 24 hours. Great fun was had as the Year 7 entered ‘en masse’ into the Sixth Form Common Room to question the older girls.