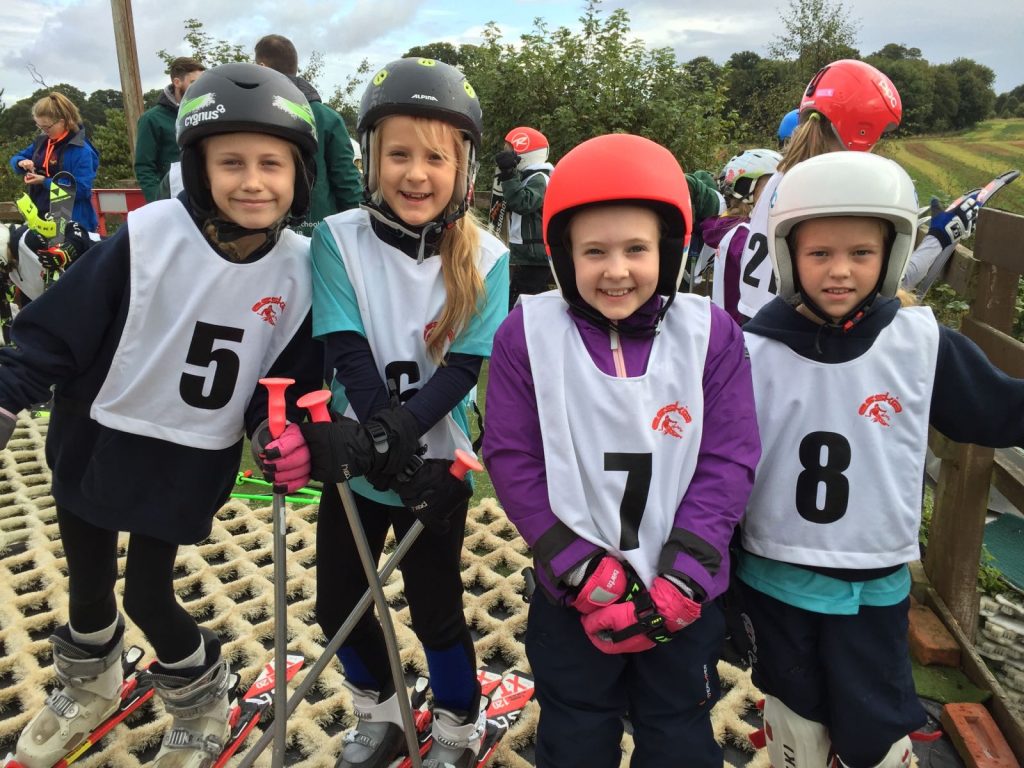 Annabelle, Lottie, Emily and Katie, all in Year 5, were the first ever Tormead girls to represent the school at the English Schools National Ski Finals in Norwich last weekend.

Following the successful qualification of the team in Southampton last month the girls were invited to form an under 12 squad to compete against the best schools in the country for National honours.

After practice on the Friday afternoon at the Norwich slope the girls returned to their hotel base to prepare their skis and get an early night ready for the following days racing. The competition was fierce and all four of our girls put in a solid first run, laying down a marker to beat on their second runs.

All four girls went on to beat their first run time, which was something only 1 other school managed to achieve, but sadly it was not enough to get them onto the podium. Annabelle successfully finished in 2nd place in the under 12 Category with Lottie finishing in 13th place, Katie 19th and Emily in 20th.