On the morning of Viking Day we spent a few minutes in the classroom admiring and praising our fabulous costumes, and then it was time to file into the hall and begin our activities. If you had been above us, you could have heard the laughter coming from us as the man in charge was very funny. Separated into fives and sixes, we were allocates a group to begin our morning as apprentices.

The first table I was at was Miss Insch’s, where we were making clay cups or pots. First you got a ball of clay and squished it into a thumb pot, and then you took a smaller ball and rolled it into a worm that was the same thickness as your pot. Dipping a tool into a bowl of slip you then spread it around the rim of the pot. You then gently pressed the worm onto the top to make your pot taller, and if you wanted you could make it fan out by adding a slight diagonal slope round the side of the clay pot. Decorating my cup was hurried as I wanted to do all the tables that I could.

Next I went to visit the wise woman and this was my favourite table of all. To begin with, she held out cards and we read our illness off the card we chose, then she gave us a prescription and we set about making it. There were several small bags with different herbs in them and we ground the ones we needed together with a pestle and mortar. My first bag had juniper and lovage in it, however I did not like its smell as it was too strong but after a while it became less powerful and much nicer. A mixture of lemon verbena and elder was my second one.

My third table was soap stone carving but we used actual soap bars instead. We had a list of runes that we could choose to do or we could do an animal instead. The runes were annoying as there was no letter C. First, we practised on paper and then we could carve the soap. This one was hard and required the patience that I didn’t have. Frustrating though it was, I managed to do it after many retries.

I hard a lot of fun doing these tables even though there were many more I wanted to do. 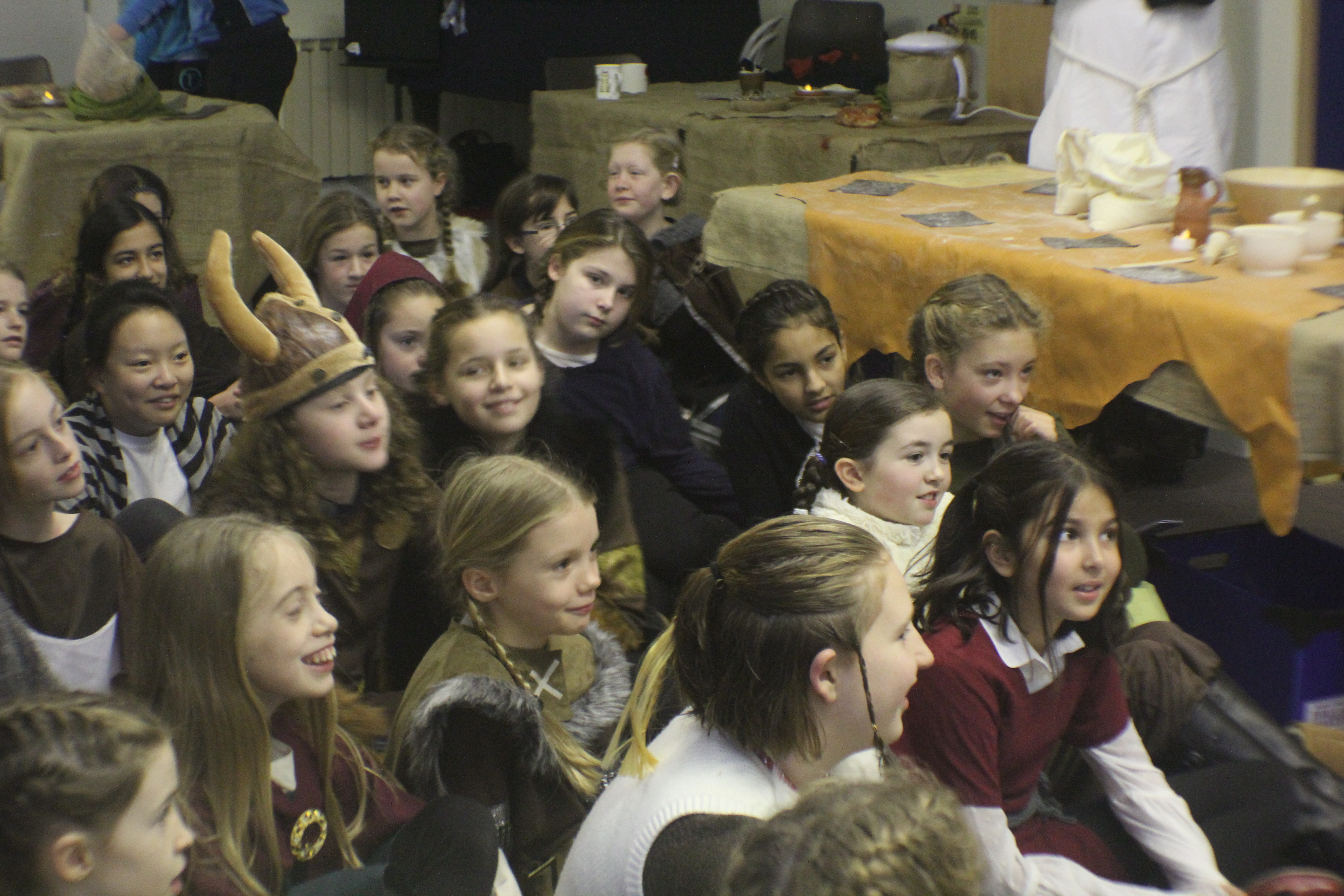 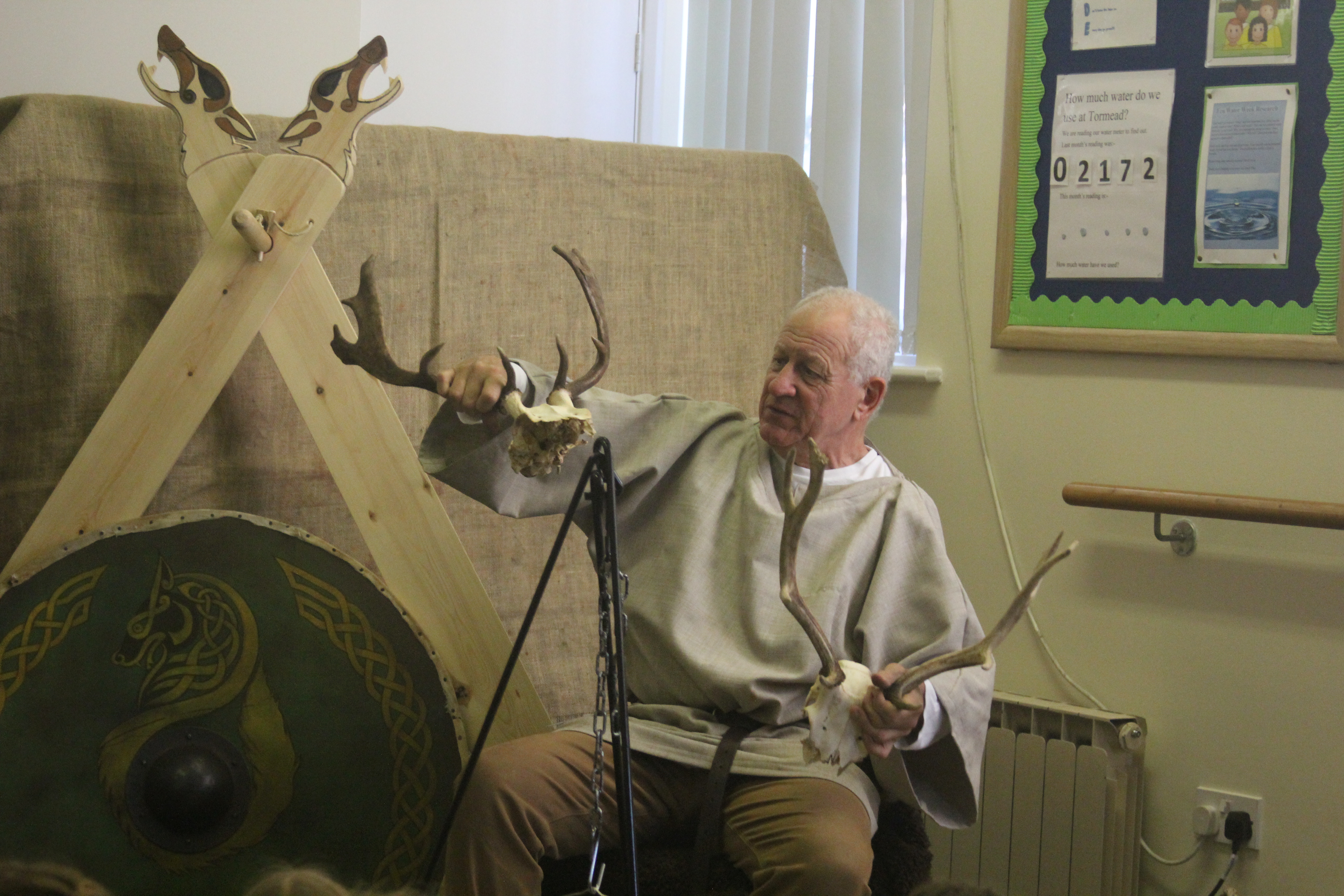 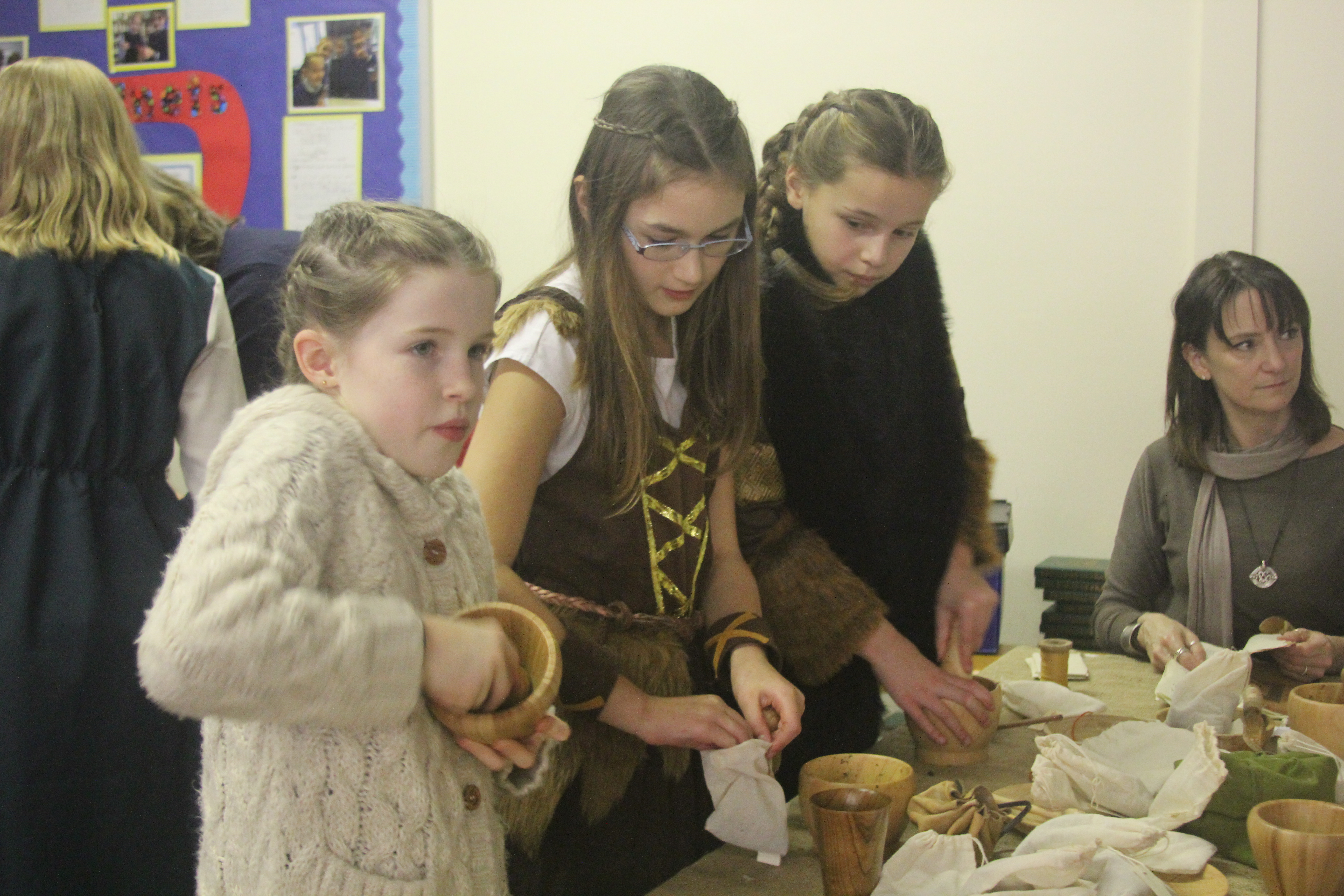 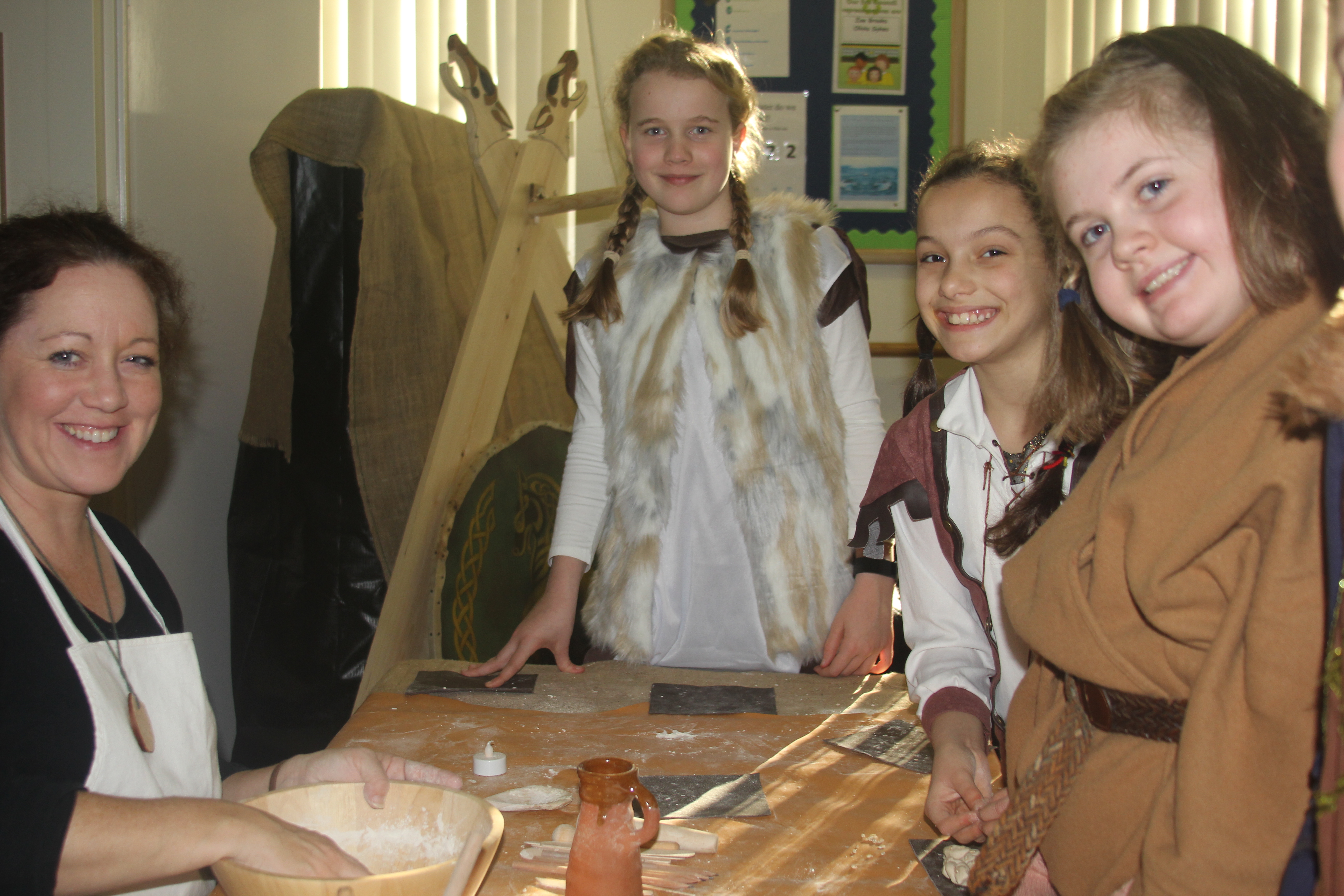 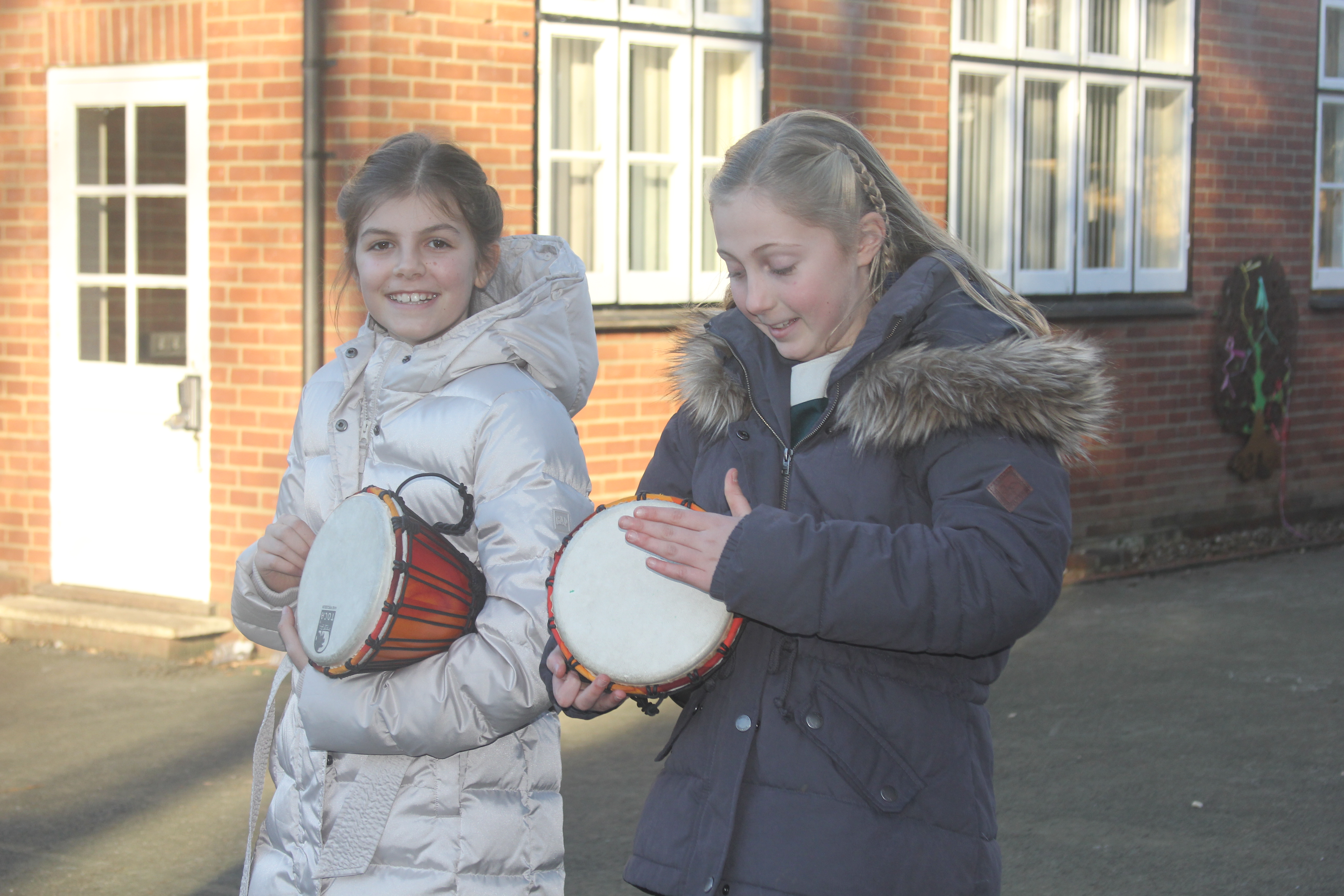 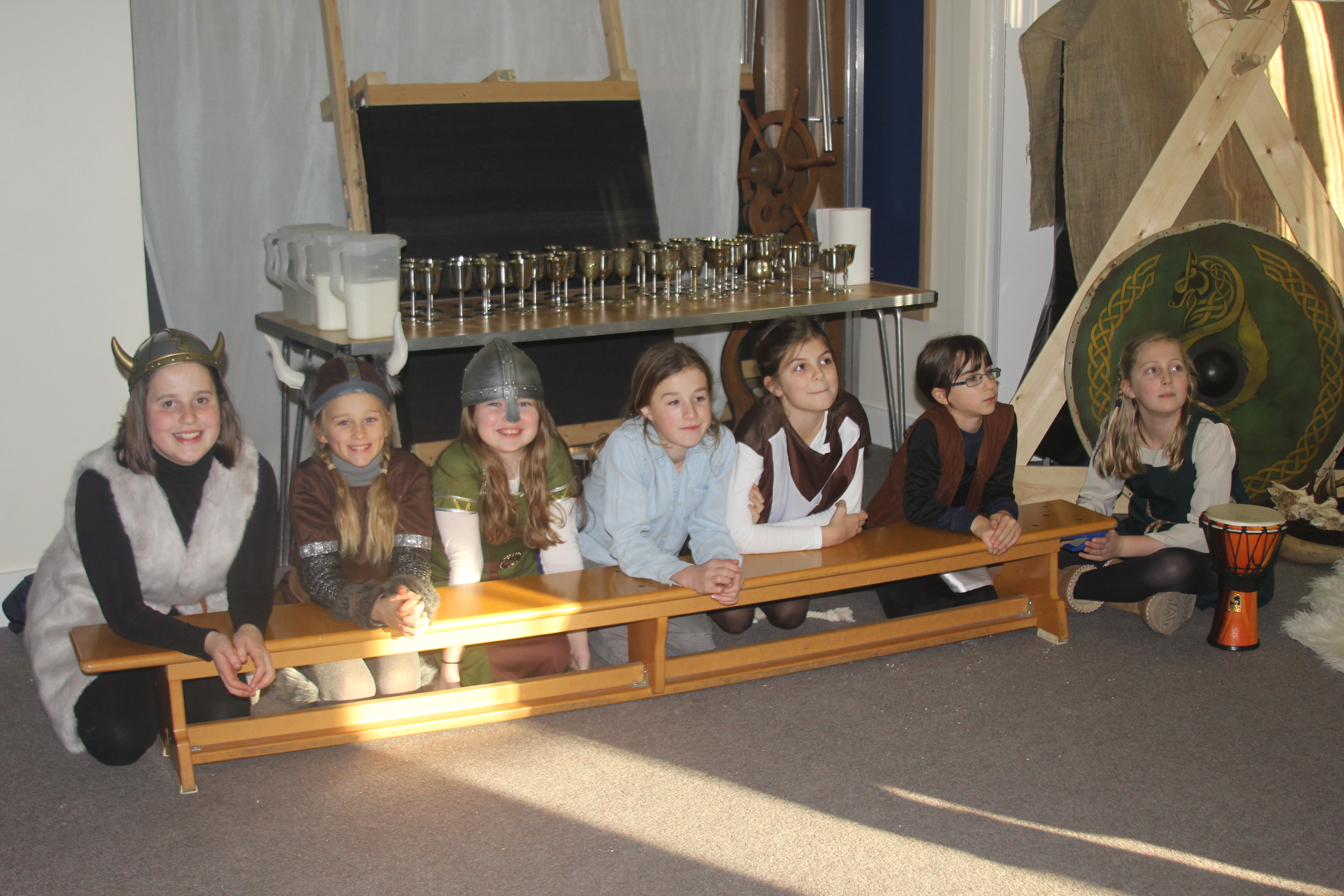