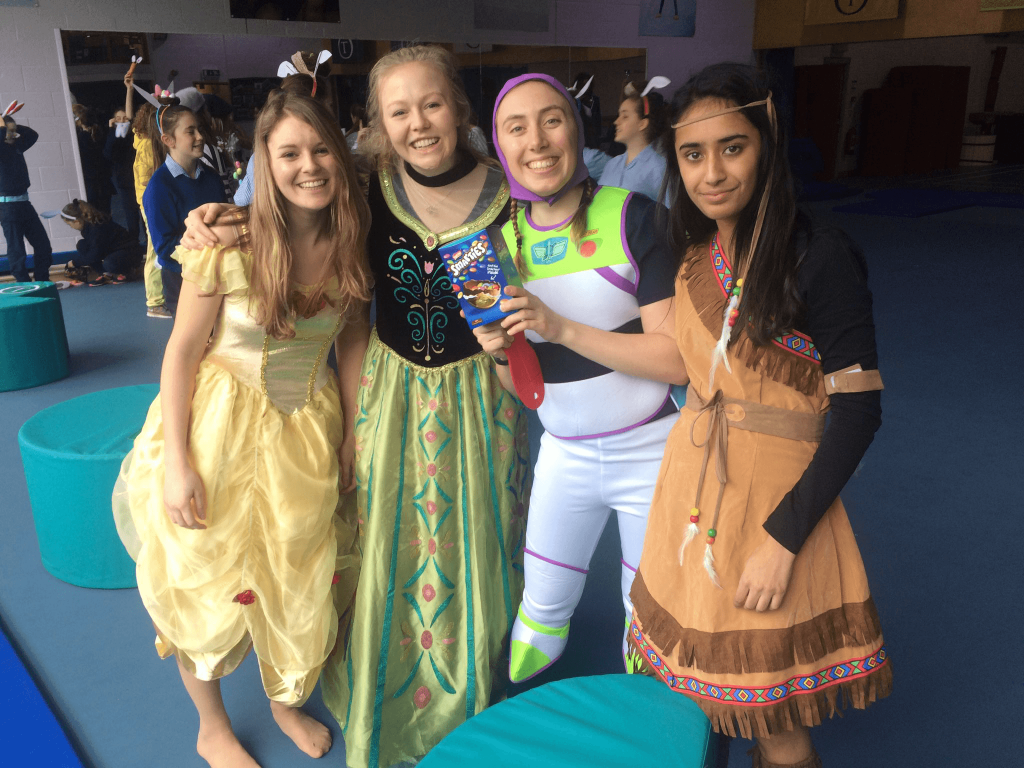 The annual Livingstone Charity Cracker race occurred on Friday last week; teams of both girls and teachers competed in the relay event, racing each other in groups of four, across the width of the Sports Hall.  As usual the quality of fancy dress from the teams was high, with a high number of Disney characters being involved. Mr Coles and Miss King helped in the Heads of House team; alas speed was not on their side and they came last! However, overall winners were team 4 Infinity with an impressive burst of speed. Money raised from this event will be distributed to the school nominated charities.