Tormead’s got Talent show raises over £1,000 for BBC Children in Need 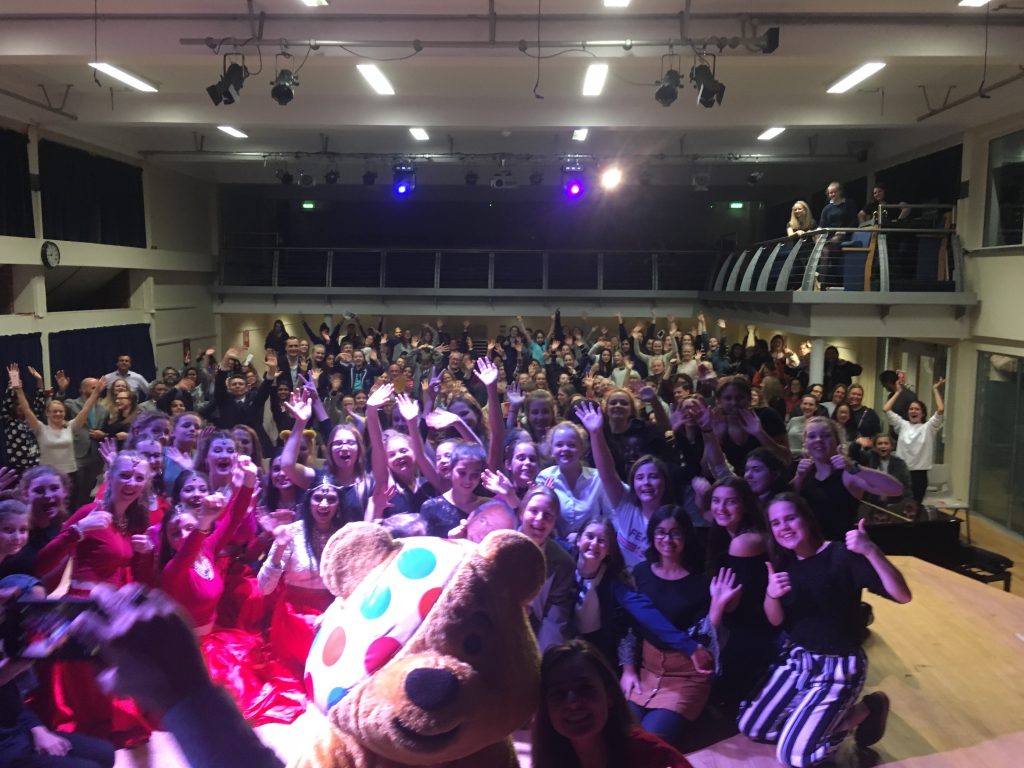 Last night Tormead raised over £1,000 for the BBC Children in Need fundraising appeal, through it’s ever -popular ‘Tormead’s got Talent’ show. Organised by the girls and staff of the school’s Wellington House, the event was filmed by BBC South in preparation for broadcasting on tonight’s BBC South Today news appeal show Wednesday 15 November at 6.30pm.

This year the show thrilled a 180 strong audience with some brilliant acts including singing, dancing, comedy and much more. Even Pudsey made an appearance.

Congratulations to Tumi who delivered the winning performance by playing the piano and singing her own rendition of Jealous by Labyrinth and Stone Cold by Demi Lovato.