Raising money for charity is a large part of life at Tormead, each year the girls themselves choose the charities that the school will support. The fundraising activities usually take the form of traditional cake sales and mufti days, but sometimes individual girls decide to do something slightly different and in recent years the Tormead community have been treated to murder mystery adventures, sumo wrestling competitions, Talent shows and even Zumba classes.

Uniquely though we have taken our commitment to supporting our local community to another level and from 2009-2011 Tormead girls took part in the Youth and Philanthropy Initiative (YPI), and this year we have launched the Tormead Community Challenge.

The challenge is part of the PSHE Curriculum, Year 9 girls were placed into groups reflecting where they lived, and were encouraged to discover the hidden needs of Surrey that were being met by a small local charity of their choice and one that they felt was making a positive contribution to their community.

Work began on the challenge before the summer holidays with each group setting goals and preparing a 5-minute presentation and an A3 poster to show what their charity did and whet our appetites for the research ahead.

During the summer holidays and the first half term of the Autumn Term each of the teams came together in their own time and in tutor times to complete their presentation & poster.

To prepare their final presentations they researched their chosen charity’s aims and strategy. Some girls visited their charity and built relations with key members of staff. The presentations were then delivered initially to their peers, the four tutor groups voted for two groups from each form to go through to the TCC Final on Wednesday 14th November. All of the groups had worked hard and produced some amazing work but only eight could go through.

On the 14th, the JCS Auditorium was full, with the whole year group and four judges (Mrs Ruth Wallace was invited back as the head judge), the finalists presented their charities, seeking to convince the judges to choose them as winners.

Eventually, four were selected for the final prizes and medals.

In March 2013 these groups will be entered into the MTG Youth for Charity project and one of our teams will be awarded £2,000 for their charity, which will be a fabulous gift.

The girls researched a wide and varied number of charities this year, including:

We firmly believe that the Tormead Community Challenge gives the girls the opportunity of a hands-on experience of philanthropy as well as giving them the skills and awareness to make a positive difference to their local community and encourages them to get involved as volunteers.

This chance to develop an appreciation of the social challenges faced by others has empowered the girls to develop long running relationships with their chosen charities, and many have continued to support and fundraise long after their presentations. 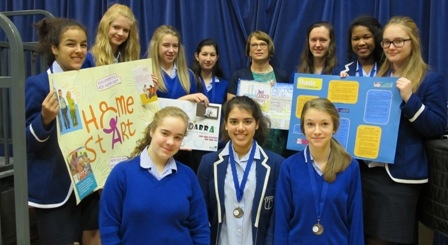 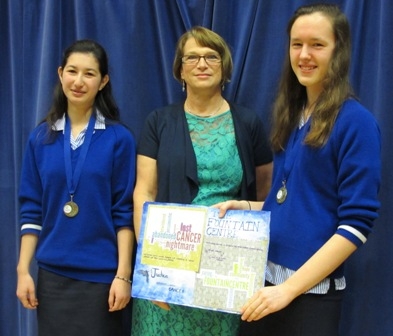