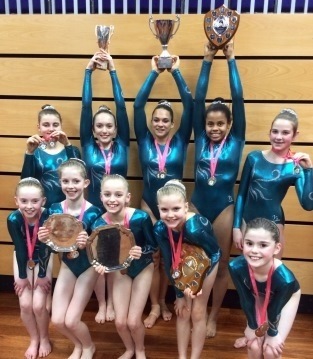 Tormead gymnasts are GIGSA National Champions. We are one of only three schools in the country who have ever won this title.

The overall team score is based on the top three team scores from all the GISGA finals.

In November our U9 team won their event, the U15 won on Friday at the competition hosted at Tormead and over the weekend at Kent College the U11s and U13s both came second, with the U10s fourth.

Three Tormead gymnasts took the top individual titles. Emily in the U9 age group, Sophie in the U15 and Iona in the Over 13 category. It was particularly poignant for Iona who is in her final year at Tormead and had taken the title many times.