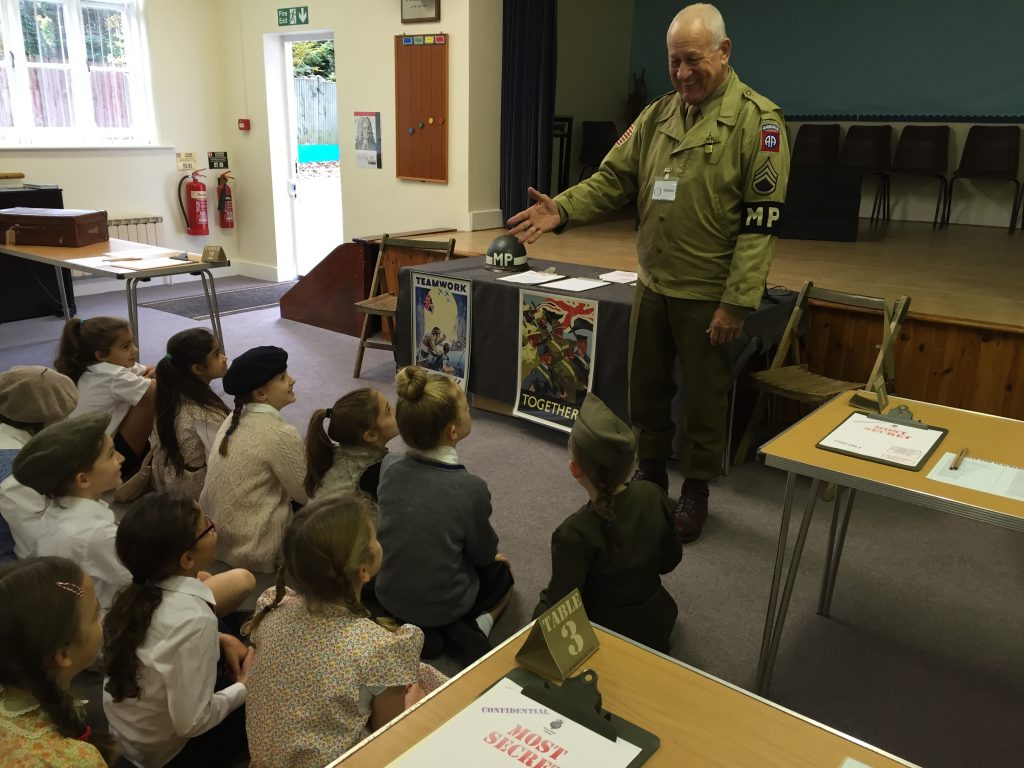 Year 4 arrived in school dressed in their 1940s costume.  They were split into groups so that they could become detectives and look through the contents of the suitcase on their table.  Looking for vital clues they were able to gain information about the person that the suitcase belonged to.  When they shared their information with the year group they were suddenly able to make connections between the people and their suitcases.  Having looked at the evidence again they discovered with horror that there were spies in their midst!  The afternoon was spent learning different methods of coding.  At this point the girls were told that there had been infiltrated by a cell of spies.  The package that had been moving around Hillier House at secret locations contained a 7 shift deciphering code which they then took home for homework!