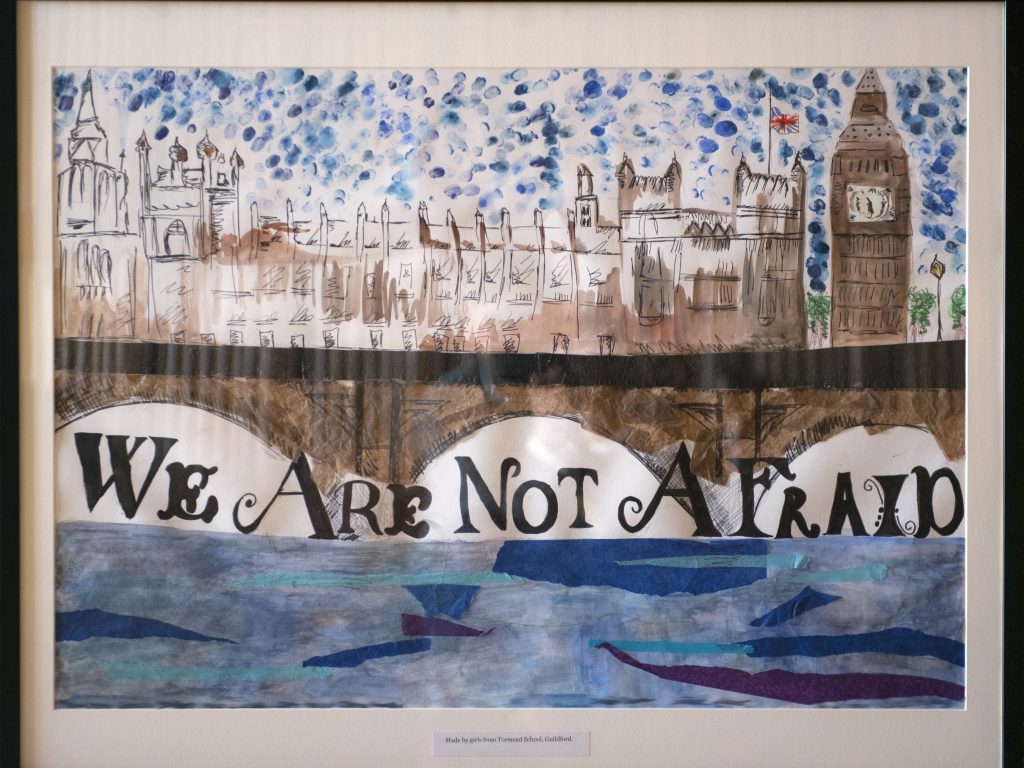 Girls from Tormead School in Guildford have created a poignant artwork following last week’s terrorist attack on Westminster. The artwork “We are not Afraid” is being displayed in Westminster Hall – the most historic part of the Palace of Westminster – along with a book of condolences.

“It is not an easy time to be a teenager and the Westminster atrocity will have added to the anxieties many young people face about their present and their future. We were pleased and proud then when a group of our GCSE Art students, studying political messages in Art, chose last week to express their strength and their solidarity with so many throughout the capital and the country.”

“Wednesday’s attack on Parliament was a huge shock. And we mourn those who lost their lives especially PC Keith Palmer who was protecting us. But the task now is to stop these vile acts in future. That means we need to embed the values such as courage, openness and democracy which make Britain great. This should start with teaching our children. So I was really impressed that a group of teenage girls got together at school to talk about what happened and were moved to create this wonderful piece of art for me and my team. It is now being shared with all who work in and visit parliament; it’s a fantastic demonstration of those values. The girls who made it should be immensely proud of themselves.”

The House of Commons and the House of Lords sat at their usual times on the day after the attack and public access to parliamentary proceedings continued as normal.